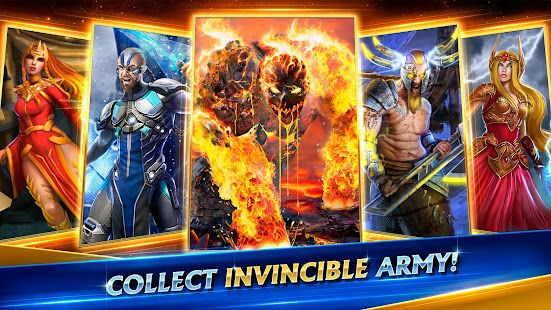 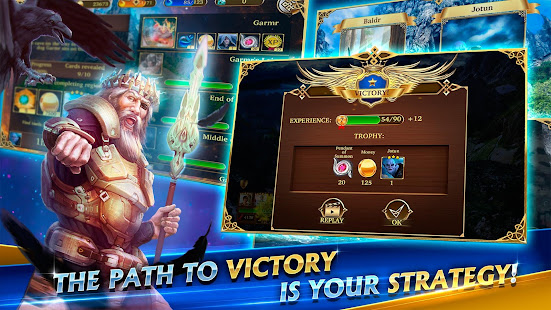 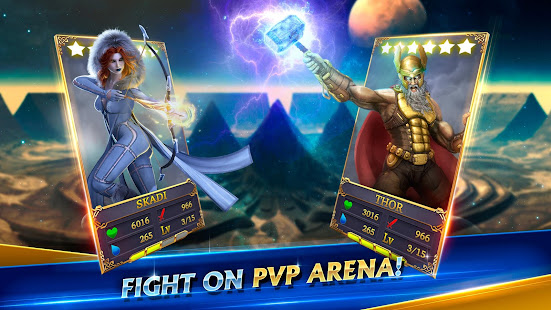 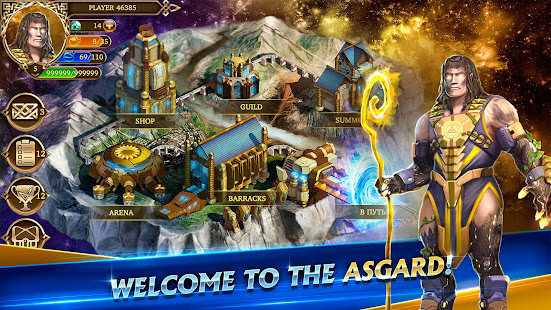 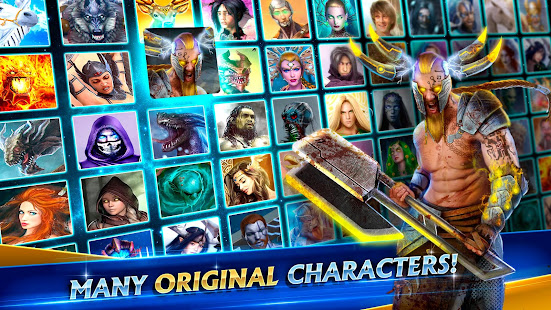 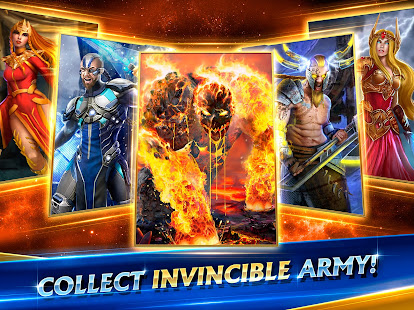 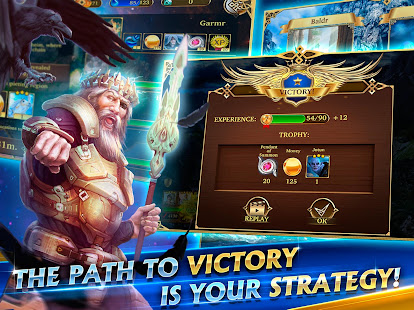 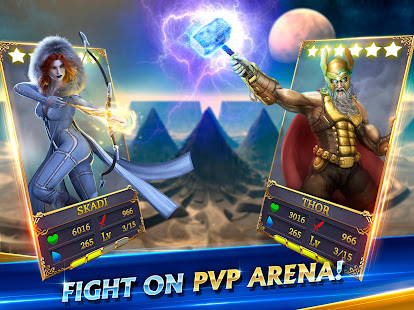 Gather an invincible army to win a victory in the main card battle of Ragnarok War with thousands players in the strategy game CCG!
Mythical champions of Midgard are summoned again to protect the world and save Odin’s Legacy from the treacherous Loki. When a menacing shadow of otherworldly evil becomes apparent, princess calls for help and you are the one who answered.

Heroes of Midgard: Thor’s Arena is one of the best card games in the market in 2018 and features MMO and RPG elements as well as fast paced turn-based battles. The game showcases top quality art, addicting gameplay, and free adventure vibe that contains the charisma of good old online games only this one looks better.

Key features:
• Turn-based strategic combat
• A MMORPG world with thousands of players participating in global events
• Multiple cards and classes of characters with each class featuring its own unique abilities
• Engaging online play with or against friends
• A unique design featuring elements of classic puzzle and RPG games

The storyline of the game guides us through the darkest times of the Midgardian history. Rally your troops and gather the most dangerous creatures under your banners. Lead your army to the arena where warriors and mages test their skills. Expand your collection by completing quests, playing the campaign mode, and participating in events. Farm monsters for loot!

Heroes of Midgard is a game where a tiny fairy can beat a mighty elemental, each fighter is a valuable asset, and monsters exist only to be beaten. Fight for real glory in the global PVP mode, use magic and weapons, start a war, and explore an epic storyline on your smart phone powered by Android.

If you are tired of action-packed shooters and crave for a fresh experience that will challenge your tactical mastermind, download Heroes of Midgard: Thor’s Arena. Pick your mini army of mythical creatures. Choose your destiny by hiring yourself gods, Valkyries, warriors, dragons, precise archers, knights, and even elements.

Card RPG gameplay features:
– When all your heroes evolved and charged you can join to legendary wars and events
– Every card hero have unique magical spells and can be part of a deadly combo
– PVP battles with thousands players in the Heroes Arena
– Guild system, alliances and joint adventures with your friends
– Characters and the atmosphere of Scandinavian mythology, and not only
– Custom deck duels in special type of board TCG game “22 adventure”

Armies are customizable and characters can be upgraded. Gather experience and promote your troops. To get more EXP to level up and gold to spend, your army should roam the lands around Midgard when needed and destroy dangers with fire and sword. Without your aid, common folk will fall prey to evil.

The story explores a very popular universe of Scandinavian mythology. The game is family friendly and teaches kids about myths. Boys and girls who attend school will enjoy it just as much as their parents. This is a great card game for any age. While many apps in the FPS and arcade genres exist, we invite you to a fantasy world!

Heroes of Midgard showcase classic aesthetics of RPG games without overused anime tropes and fancy 3D. We focus on creating the most convincing world ever. Unlike shooters where shooting is the hero, in our game you will focus on exploring the surroundings and background while engaging in battles. You will solve puzzles. You will try to be an inventive creator and build synergistic decks.

All you need to open a whole new world is a downloader, so start downloading it from the app store. You don’t need an internet connection to enjoy some aspects of the game and can practice in an offline mode. Use a stable WiFi connection to play online for free.

This article comes from the Internet and does not representcricket live appPosition, please indicate the source for reprinting：https://www.zyyghw.com/10536/heroes-of-midgard-thors-arena-card-battle-game-apk/
4like
Label:Card